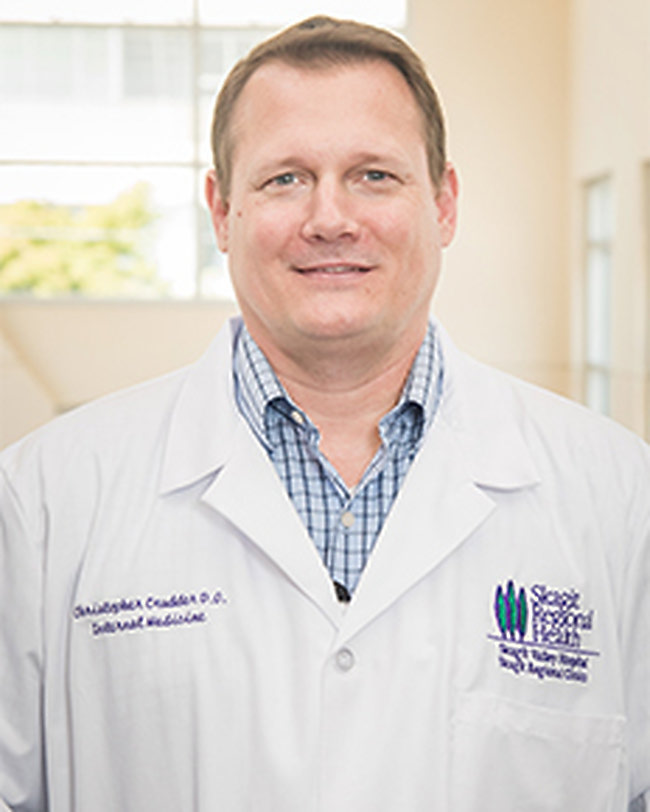 Dr. Crudder hails from Ann Arbor, MI and graduated from Colorado State with a dual degree in Microbiology and Biological Sciences. In 1997, he moved to Seattle where he began his molecular biology career studying leishmaniasis and trypanosome drug targets. In 2002, he moved to Nairobi, Kenya to study the immunology of neonates exposed to HIV. A few years later he received his Master’s in Infectious Disease Control, a hybrid epidemiology and public health degree, from the London School of Hygiene & Tropical Medicine. Chris then moved from London back to Kenya to work on a malaria clinical trial in school-based health programs. By 2006, the U.S. Embassy granted Chris’s wife a visa, so they emigrated back to Seattle. There Chris took up a position at PATH, a global health non-profit, working in product development and evaluation for in vitro diagnostic tests. Chris desired a closer interaction with patients so he decided to hang up his hat in global health and to become a physician here at home. He attended PNWU in Yakima and completed his clinical training at Skagit Valley Hospital.

MyChart Patient Portal
Request an Appointment
Get Directions
Back to Top